The security detail whose job it was to guard ex -Prime Minister Kamla Persad Bissessar came under fire recently.

After Mrs. Bissessar lost the general election on Monday, members of her Penal constituency questioned how the Special Branch officers allowed Persad-Bissessar to leave her constituency office in an unsecured private vehicle for her home at Phillipine, San Fernando. 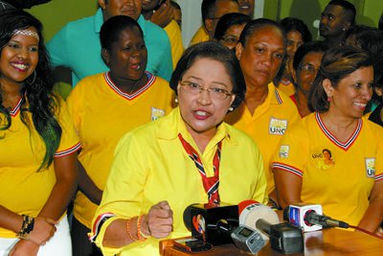 The concerns about what they called a clear security breach were raised after video footage circulated of Persad-Bissessar opening and entering a white Toyota car, licensed PDA 9309, in the absence of any of the Special Branch officers who normally accompany her.

Former Minister of National Security Gary Griffith revealed that sought to clarify the issue. He was speaking this morning on the Power Breakfast Show on Power 102.1 fm this morning.

He further explained that the United National Congress Leader may have informed security that she did not require their presence, however this may not necessarily have meant that they would have abandoned her altogether.